the sun is shining. hallucinations.

so here we are.

On February 18, 2011
you all remember L’s big seizure in january, right?
of course.
well, after that event,
we had to get a brain wave scan and meet with our neurologist.
she wanted to start him on anticonvulsant drugs
as she thought that he would most likely seize again.
probably within the next month or two.
i refused the drugs,
because i didn’t want him to be taking something
because he just “probably” needed it.
and to be honest, anticonvulsant meds scared me.
they really scared me.
even more than a seizure.
well, 30 days on the nose later,
L had a very short seizure (15 seconds long)
but the biggest bummer about this was that he had had two little strange things
one in september and one in december
that could have been seizures,
but none of us were really sure if they were or not.
so they were both discounted by our team of doctors
because like i said, we weren’t sure what we saw.
so when L had the short one earlier this month,
the other two short ones instantly counted.
so his seizure count immediately when from two to four.
and three short days after that, he had yet another longer seizure.
yuck.
but yet again, God woke both B and me up in the middle of the night
and at this point in time,
we are fairly certain that we have not missed one.
L’s seizures were becoming more and more frequent.
so now, i knew that we needed the meds.
we needed them.
the things that i was so scared of,
i was asking for,
demanding, actually.
but it still makes me
sad and scared
when i think about it.
which is nearly all the time.
so last week, we started down a new path.
a path that includes anticonvulsant meds.
the most incredible thing about the meds though
is that on the information sheet it says:
“it is not known how the drug works to prevents seizures.”
but it does.
how cool is that?
God is so much bigger than science.
the other thing is that L has officially been diagnosed with epilepsy.
our neuro believes that he will not grow out of the epilepsy
and that he will always need meds to help raise his threshold for seizures.
always.
so there we are.
so here we are.
our new reality.
and, as my always positive husband says,
(just like my always positive dad)
at least the docs know what he is experiencing
and they know what to do to change that.
and he’s right.
he’s absolutely right.
there have been far too many things about L that have stumped doctors.
things that gigantic medical centers have never.
ever.
seen.
before.
ever.
but this?
this isn’t one of those things.
it’s strange because L’s the same little guy as he was early last week
even though he now has a new life-long diagnosis
attached to his ever growing medical list.
he’s the same and so is our God.
speaking of stumped doctors, how about this incredible story?
we know that God answers prayers
and have seen His mighty hand at work
and have experienced His blessings over and over again.
so i humbly ask for your prayers.
we have so much faith in Jesus and know that He is being glorified by little L’s life. 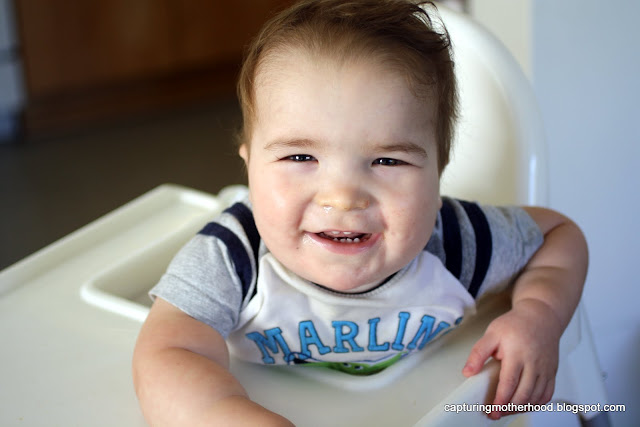 will you please pray:
-that these meds work
-that we don’t have to increase the dosage
-and that they will provide L with a healthy balance of
protecting him from any future seizures
while not experiencing any of the side effects.
-and can you also pray for his sleep?
-he has not been a very good sleeper in his twenty months on this earth
and these meds are considered agitators rather than sedatives.
so we are trusting that God will pour His peace over L while he sleeps.
so that we can all get some shut-eye around here.
thank you, thank you. from the bottom of my heart.
And the peace of God,
which transcends all understanding,
will guard your hearts and your minds in Christ Jesus.
Philippians 4:7
786. answered prayers
787. His forgiveness
788. fluffy, white clouds against a blue, blue sky
789. His Word which we can cling to
790. His rest

11 Responses to so here we are.