it was in fact a white Christmas.

we had a rather spontaneously white Christmas.
after quite a leisurely Christmas morning at home,
i had L try on his new winter jacket.
i said to B “don’t you think he belongs in the snow in this thing?”
to which B replied, “yes!”
moments later, we were getting ready to head to the snow
(which of course took nearly an hour at a frantic pace). 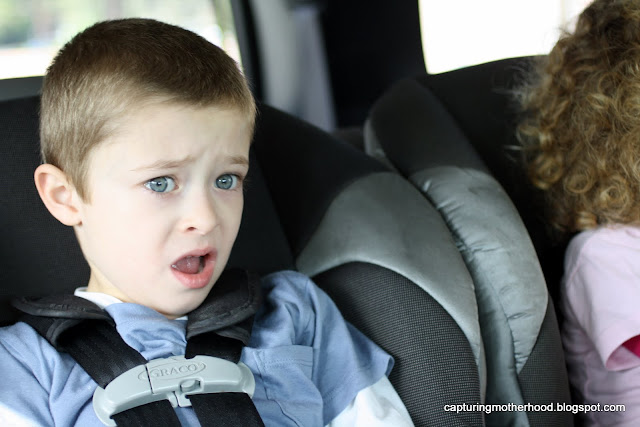 now, i am not usually spontaneous and
as you can see, neither is D.
once we got in the car,
we finally told the kids where we were headed.
D thought we should go to disneyland instead. 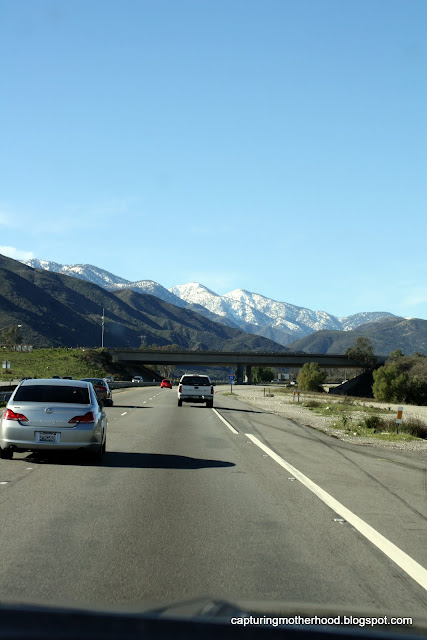 our first glimpse of snow
(and not the matterhorn). 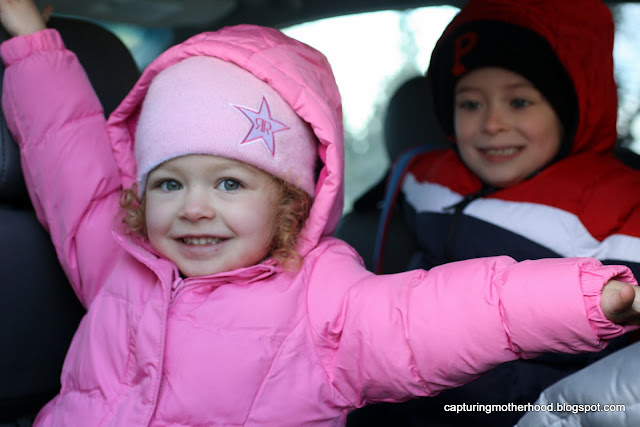 the kids got all bundled up
but i don’t think that any of us
were really prepared for how cold it actually was.
i honestly do not know how you people who live in cold weather do it. 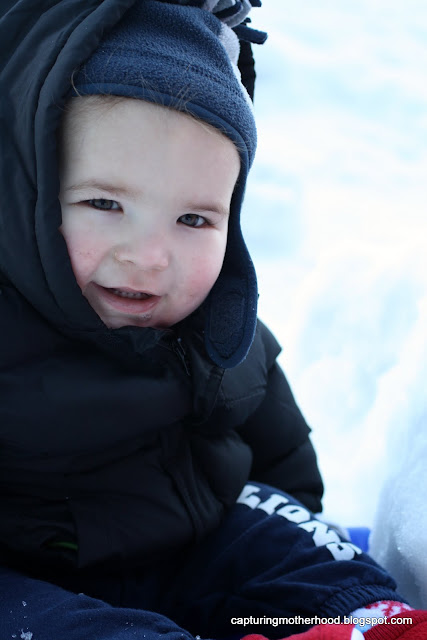 L didn’t mind it as long as the wind wasn’t blowing in his face. 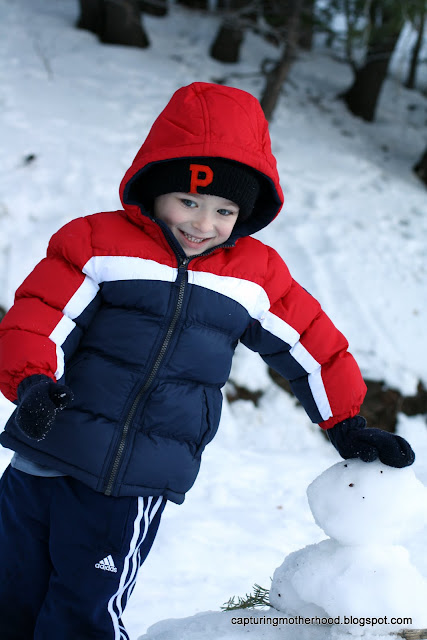 B helped the big kids find pieces of old Frostys
on the ground to make this Frosty. 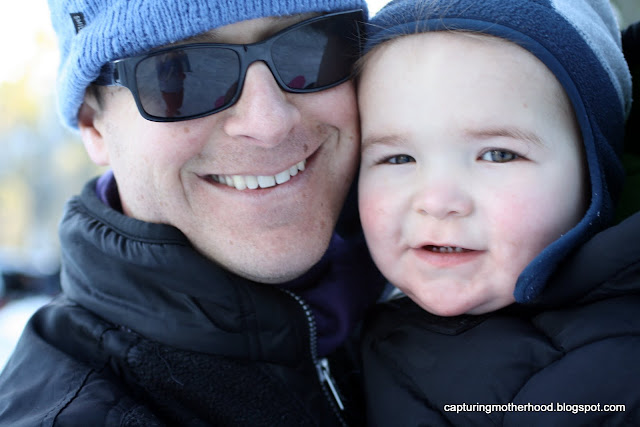 L was happiest in B’s arms. 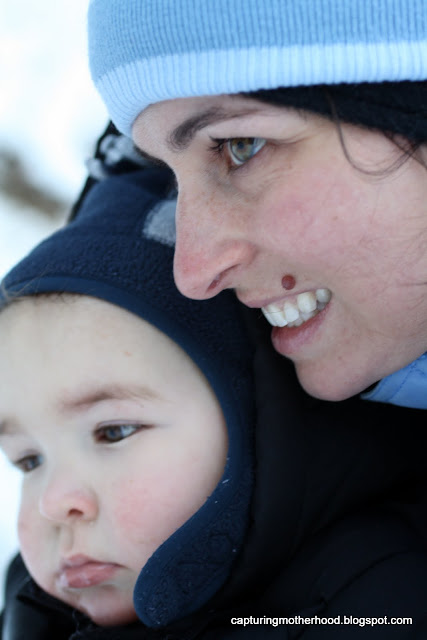 a little bit sad L, and his Momma. 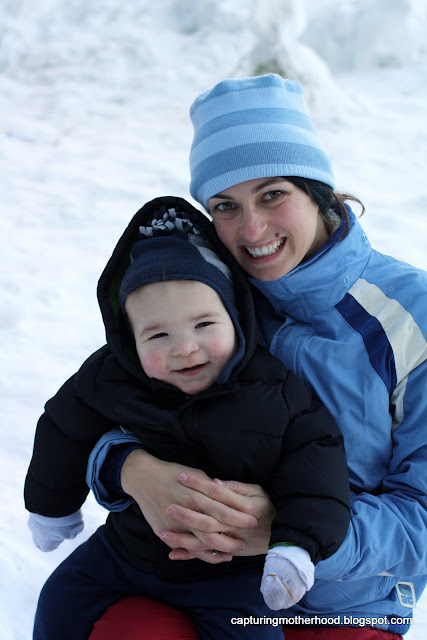 but then he smiled
(only because he caught a glimpse of B!). 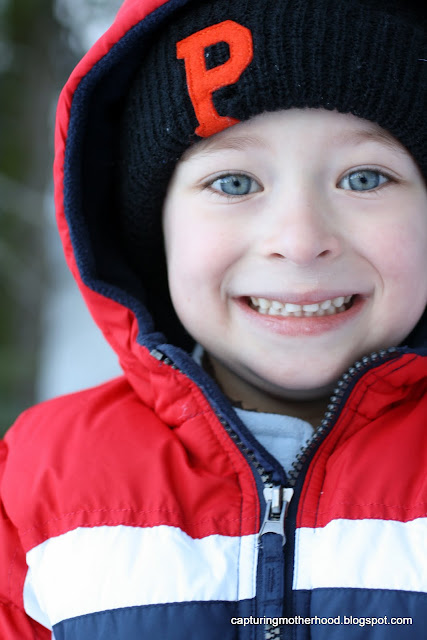 this little guy was as thrilled as can be
(wearing his Grandad’s Princeton hat).
us california folk do not have the proper gear for the snow. 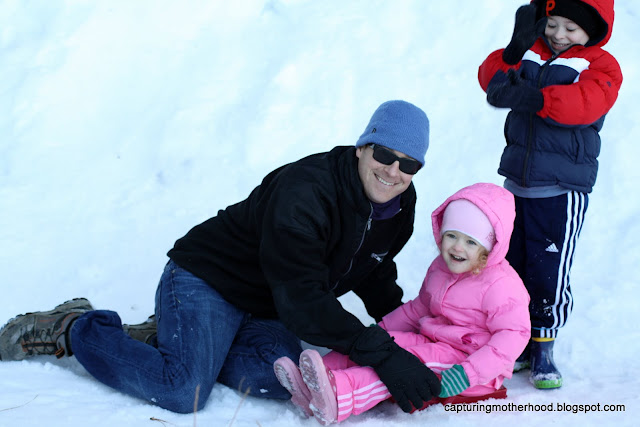 the sleds?
well, we were bailed out of this predicament thanks to our amazing neighbor who lent us
two sleds he happened to have in his garage. 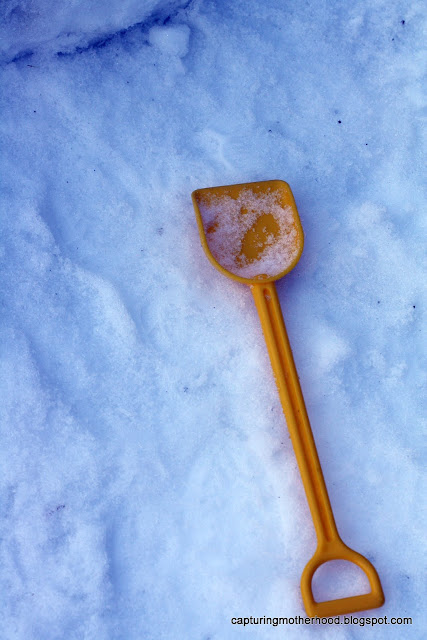 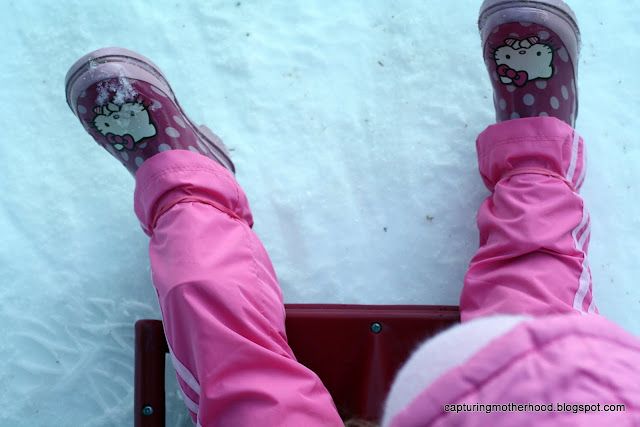 and the boots?
rain boots with rubber bands around the ankles
to try to keep the snow out
(fyi… this worked pretty well). 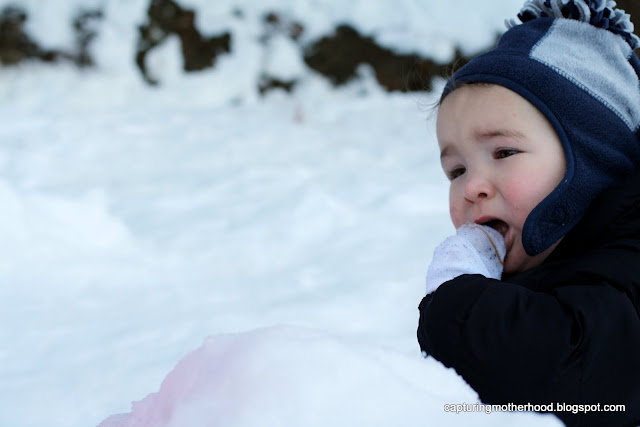 gloves?
how about (clean) socks.
not ideal according to L.
definitely not ideal. 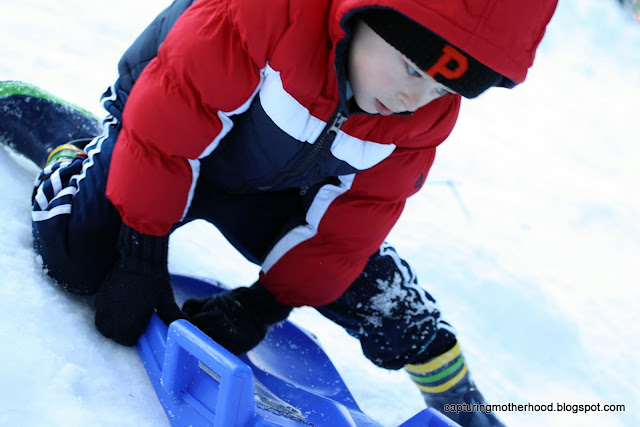 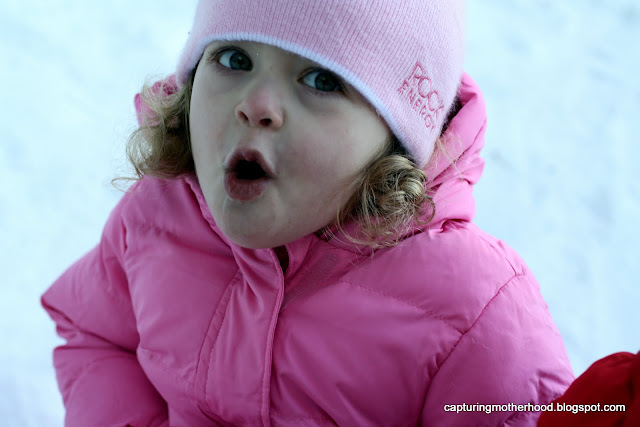 K, trying to see her breath. 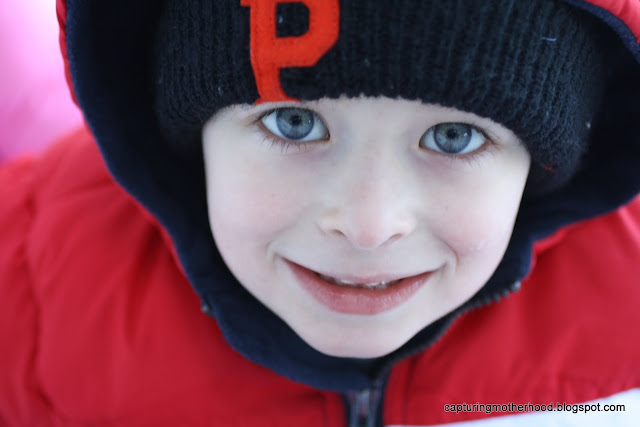 those eyes get me every time. 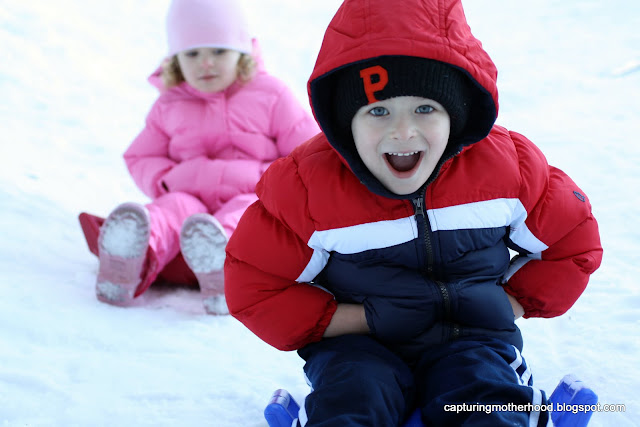 hands down,
my new favorite photo.
by this time, their poor little hands were freezing.
i happened to have some warmers in my jacket
(how on earth did that happen?)
and they were instructed to keep their hands
in their pockets for the rest of the time. 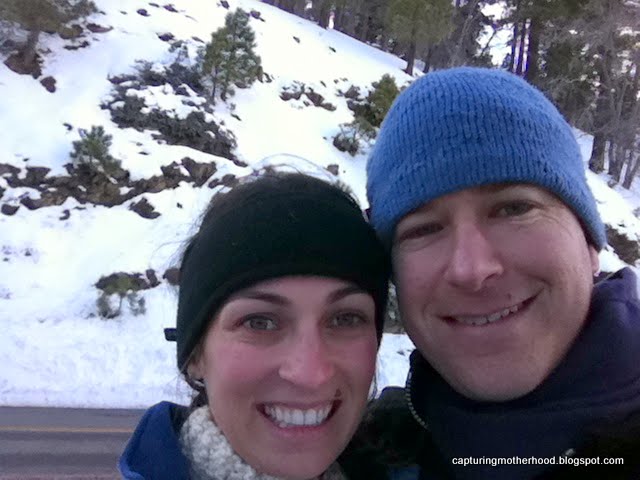 and of course, B and me. 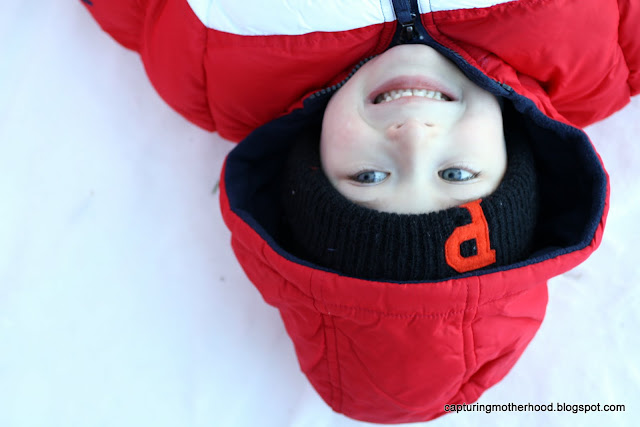 and taking a good rest on the snow after sledding. 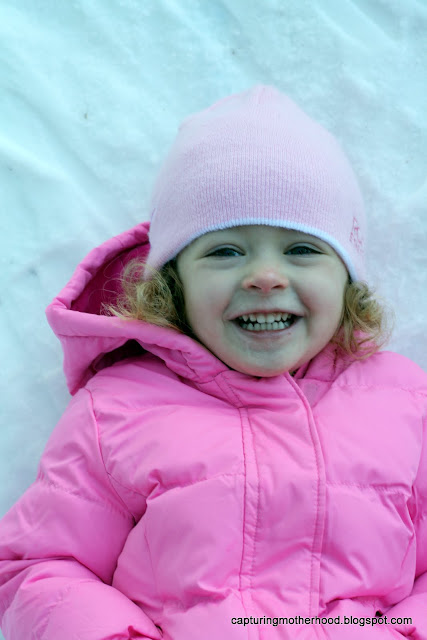 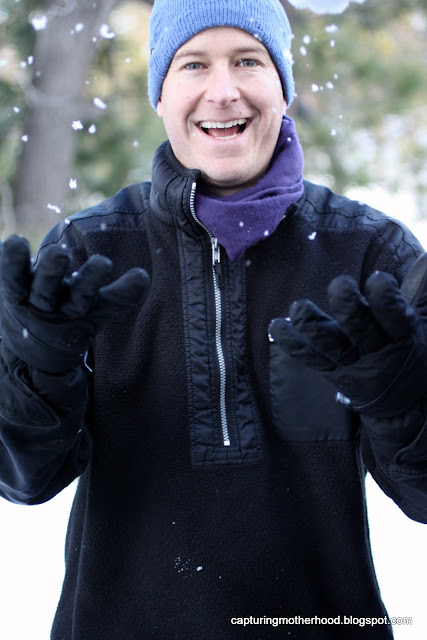 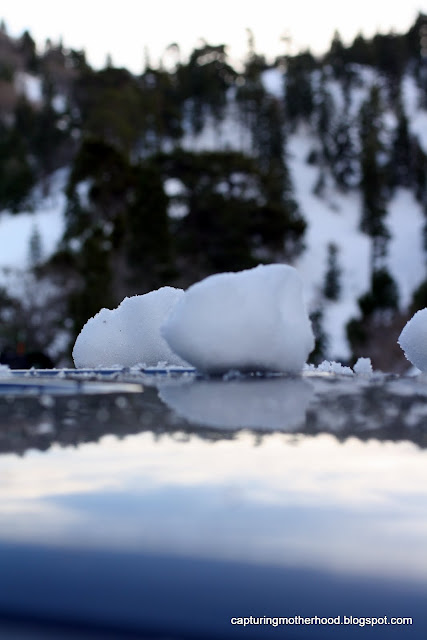 before heading back down the mountain,
we put snow on the roof of our car.
which quickly slid to our hood. 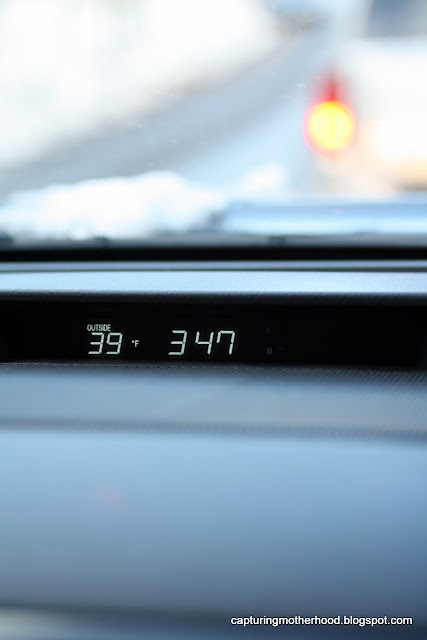 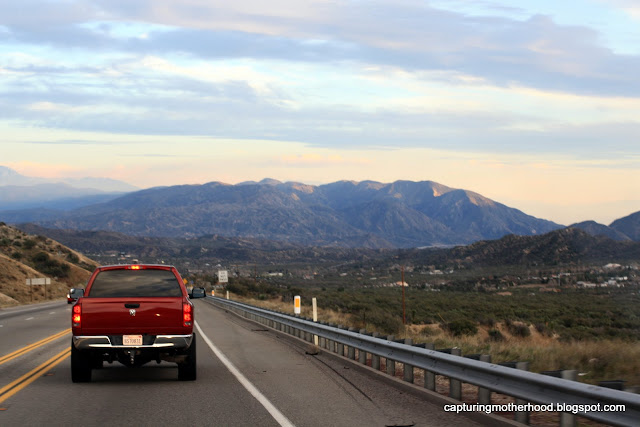 and before we knew it,
we were on the road,
heading back home. 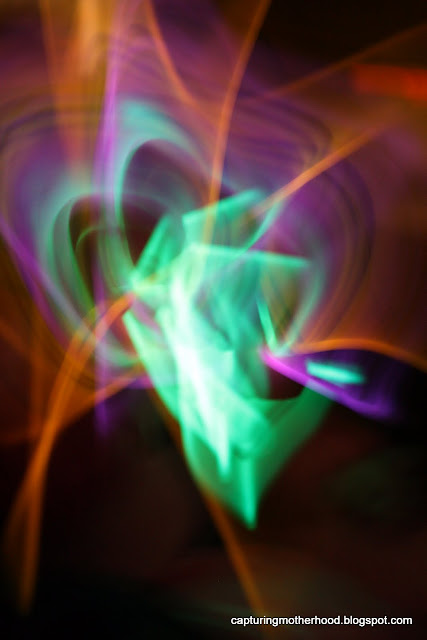 12 Responses to it was in fact a white Christmas.