settle in. it’s not illegal.

On November 1, 2010
i hope you all had a happy halloween!
we sure did.
we have been enjoying a lot of time together as a family,
which (of course) has been wonderful. 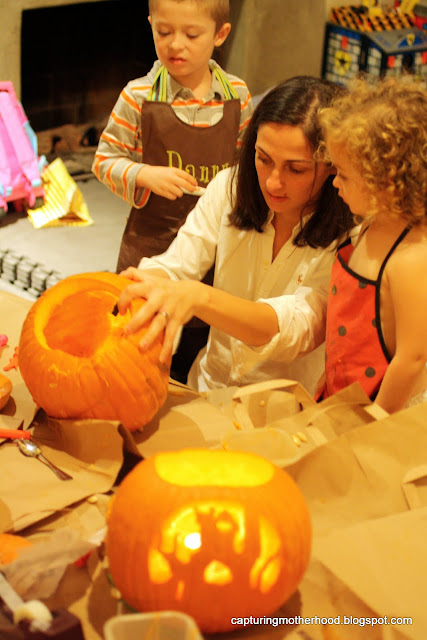 even though i have been so tired and worn out lately,
and the thought of carving pumpkins felt like yet another task to complete,
the children really had a good time getting our pumpkins ready though. 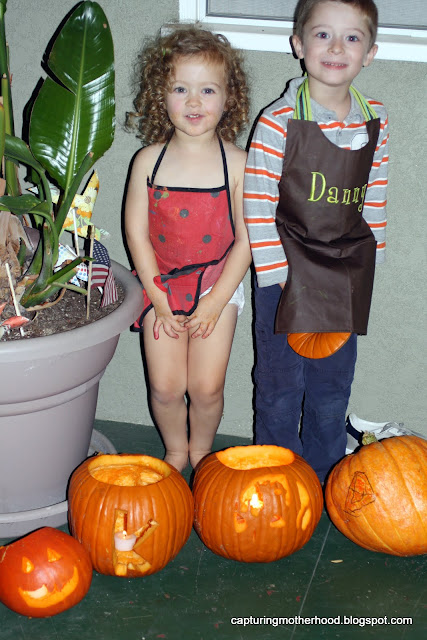 and yes, K decided she would much rather take nearly all of her
clothes off and adorn her apron
rather than having the apron protect her clothes. 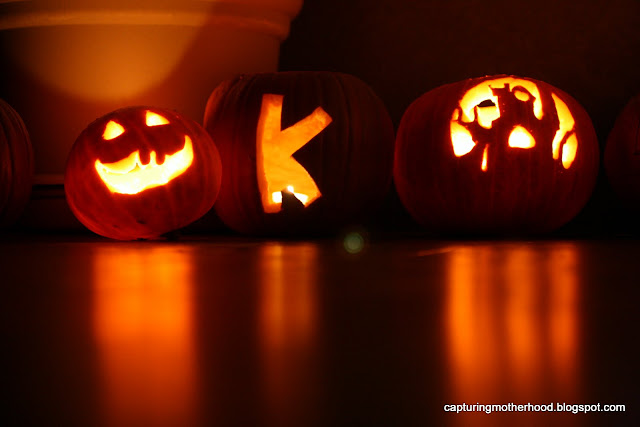 the finished products.
i am happy to report that two of our five pumpkins were grown in our backyard.
no thanks to me.
Grammy planted them and B and the children faithfully watered them.
i just checked on them every once in a while. 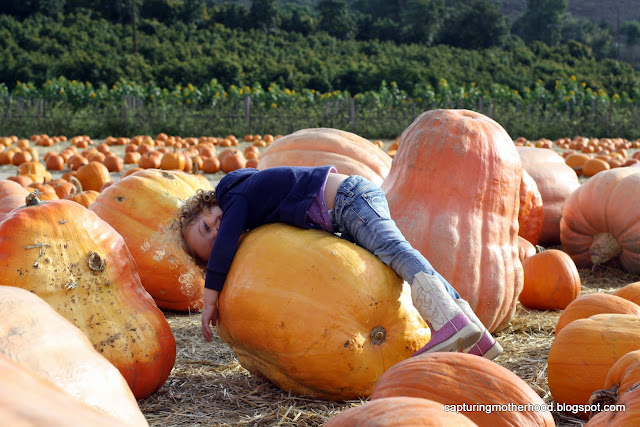 part of the fun we had was when we headed to the pumpkin patch.
i was so surprised to see that
merely two days before halloween,
these big ol’ pumpkins were still marked at $100. 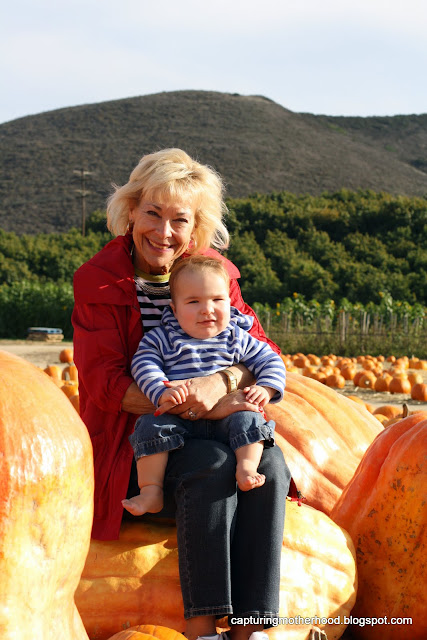 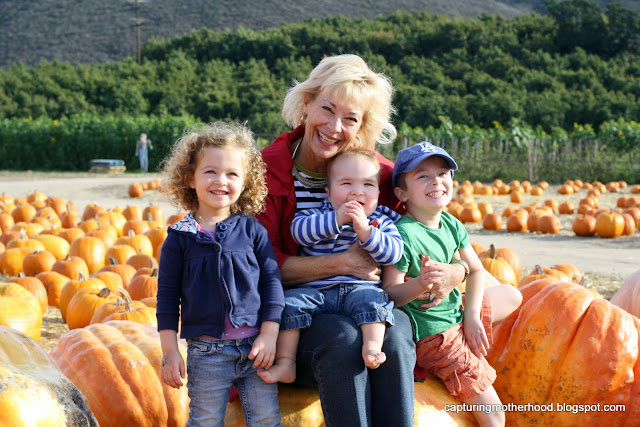 but, with the right lighting,
and B making everyone laugh,
a printable photo with Grammy was taken. 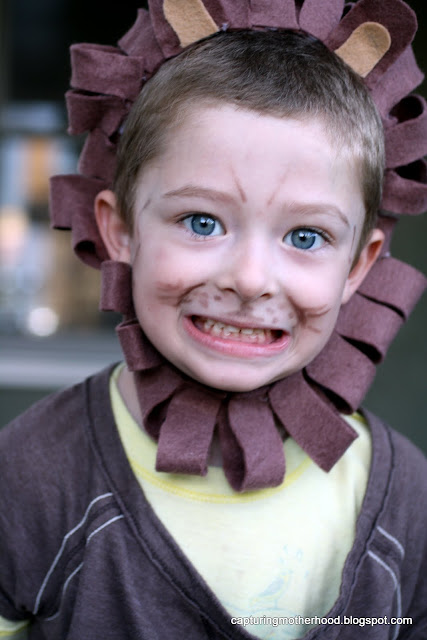 this was the second version of a mane for our little lion.
the first one ended up looking more like a wig.
after watching D all night,
i think that if i remove the ears,
we could easily have a great mose from the office costume on our hands. 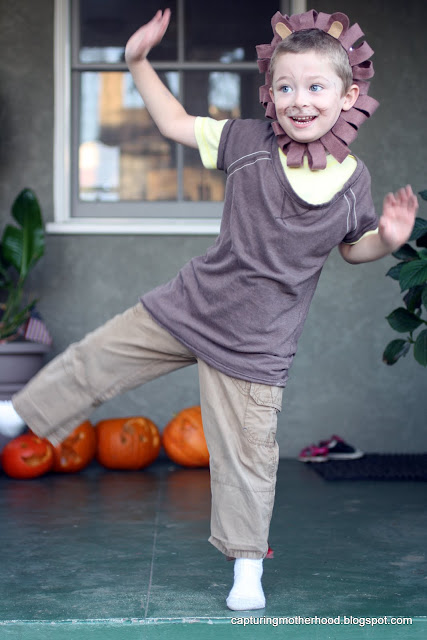 and yes, that brown shirt is mine.
the total for the costumes this year was $3.
which was for D & L’s tail fabric.
K’s costume is a repeat as when D was three he was a tiger.
woo hoo. 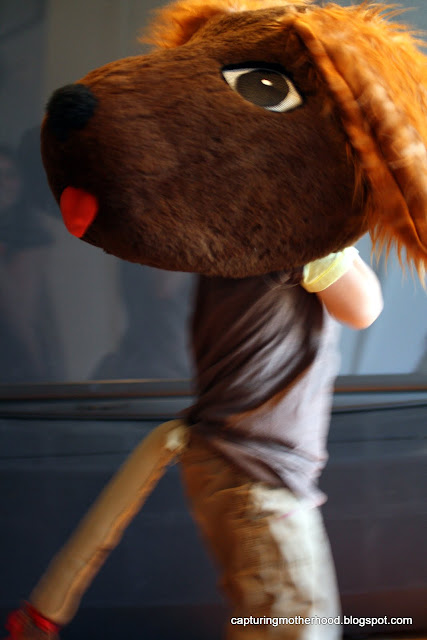 my brother has this insane dog costume.
which he wore to my house yesterday.
i have to admit, it freaks me out.
the kids on the other hand,
loved pretending to be rufus. 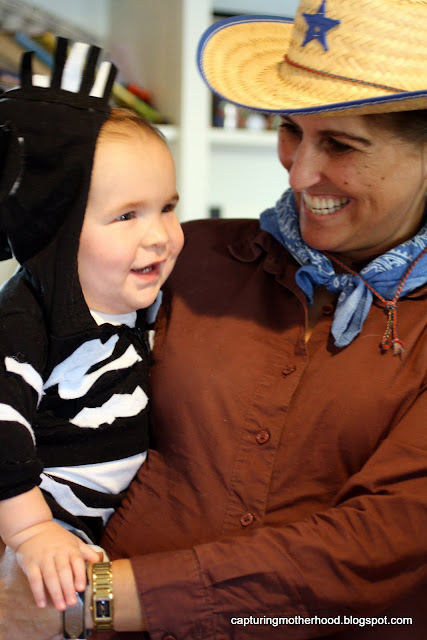 L loved the festivities and was especially drawn to
GramMary dressed as Jessie from Toy Story.
it’s probably because she is a cowgirl and has a lot of experience with animals.
Jessie that is, not GramMary. 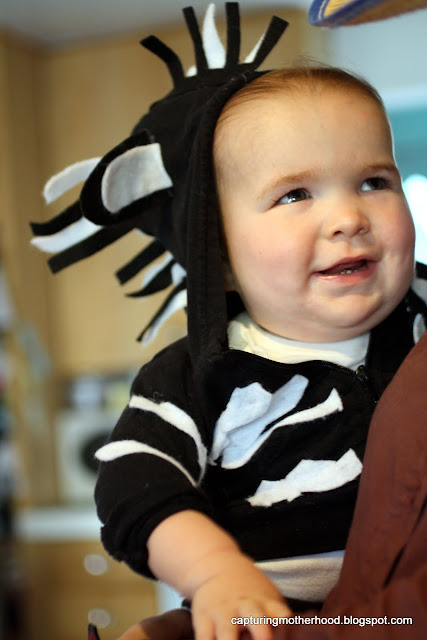 the favorite part of halloween for our baby zebra
were the bowls and bowls full of sweet potatoes that were served to him.
D wouldn’t eat one bite but it’s easily L’s favorite food in the whole wide world. 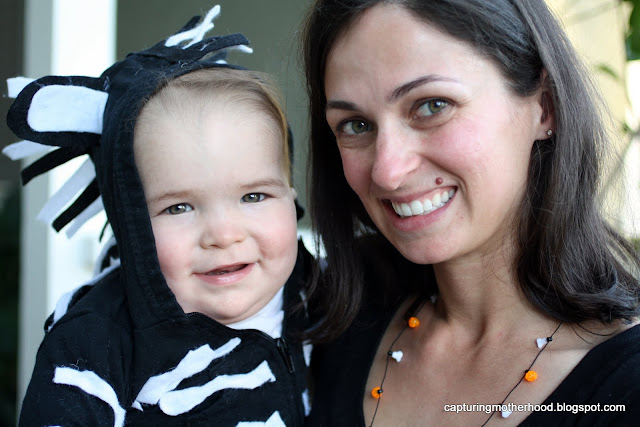 i think that my sweet boy is hoping that
K will stop roaring now that halloween is over.
i doubt it.
that girl loves to be loud. 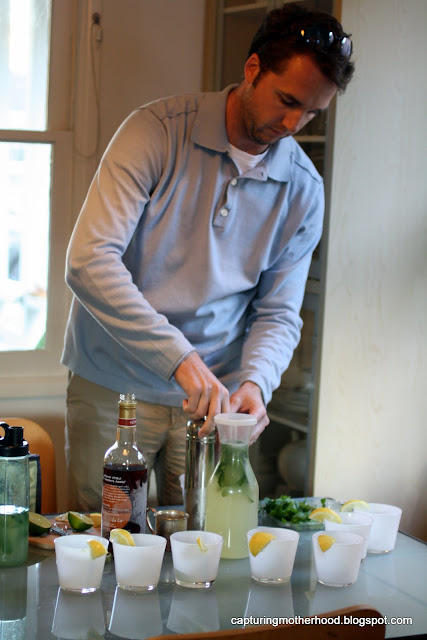 Uncle J provided a tasty drink called sweet palmers.
and aren’t those cups just too fabulous?
Auntie B reports that they are about $1 each from ikea. 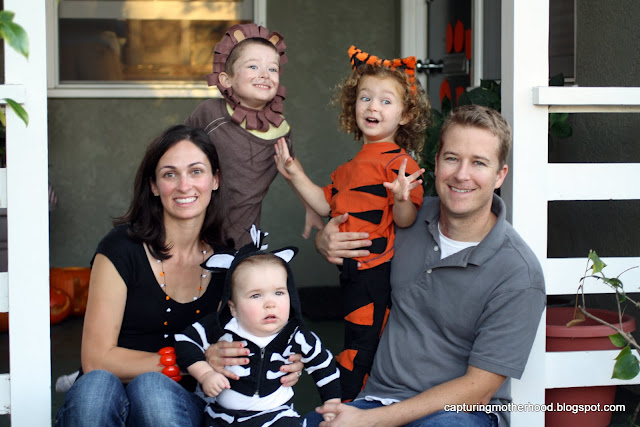 3 Responses to it was a zoo.