i don’t know why i thought we could easily
get a photo of the three children and me this morning. 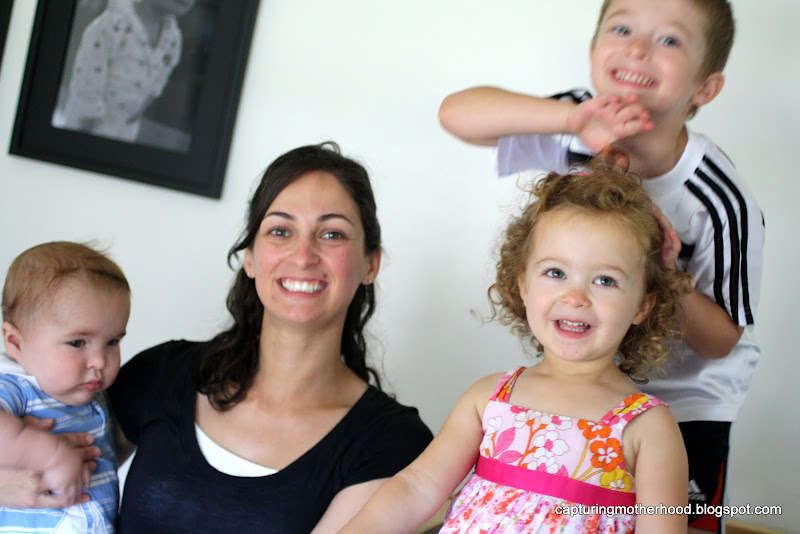 it was beginning to feel like we were attempting the dreaded Christmas card picture. 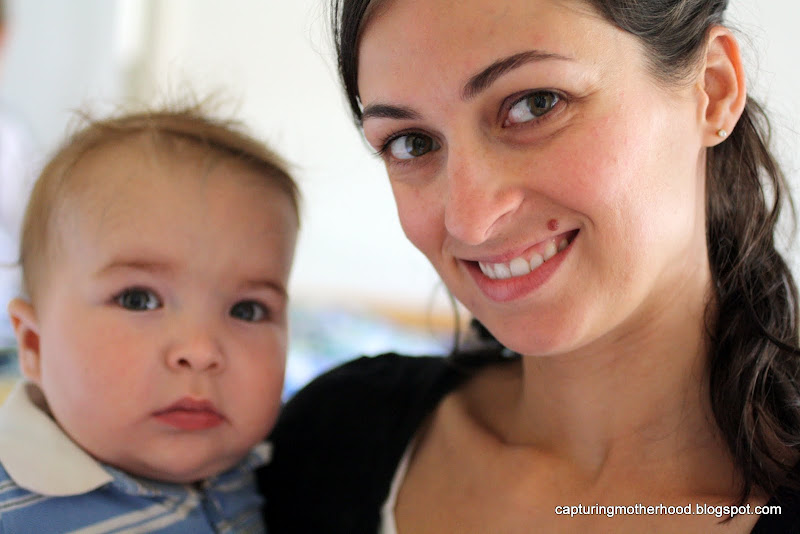 luckily, L always seems to pose nicely.
maybe it’s just because he doesn’t know how wildly fun it is
to go bonkers while someone’s trying to snap a photo of him
not going bonkers.
he’ll learn soon enough. 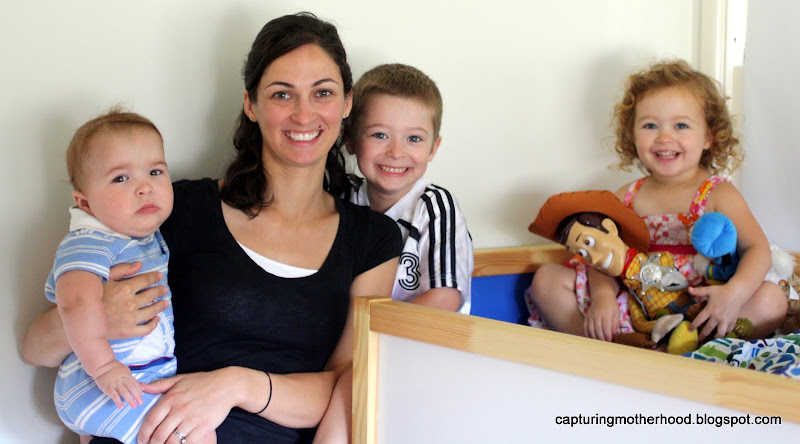 you know what ended up working?
underwear on B’s head.
yep.
works like a charm.
every time.
well, except for L who thought that was just weird.

in other news, while i was cleaning up the house yesterday,
i put this little ducky back in L’s room.
but then i noticed that he was adorning something shiny. 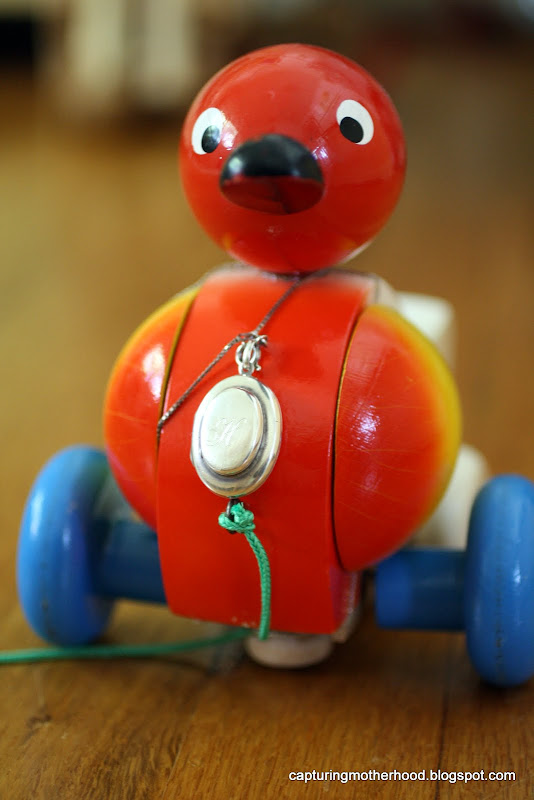 alas, my most cherished necklace.
it’s a four-opening locket that my parents gave me right before i was married.
so, instead of having all of my initials engraved, they had just my first initial engraved.
all i wanted for Christmas this year were new photos of B, D, K and L in it.
and that’s what B gave me.
i’m just glad i hadn’t realized that it was missing.
i hope that the ducky enjoyed wearing it because now when i’m not wearing it, it’s going
really,
really
high
up.

146. a quick chance to see Aunt CC and Uncle N last night
147. impromptu picnics
148. always keeping our picnic blanket in our car in case of times like #147
149. answered sleep prayers
150. finding things you didn’t even know were lost