how do you make an "n" with your body? PT and trains go hand in hand. 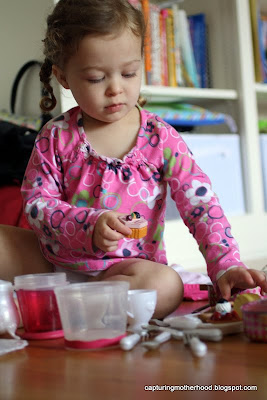 my braided little girlie with her tea party set.
yesterday, she woke up much too early from her nap. all she wanted was for me to do “piggies” (pig tails) in her hair. i did her hair and then she cried and cried and cried and i suggested she go back to bed. which she did for two hours.
with her new hairdo. 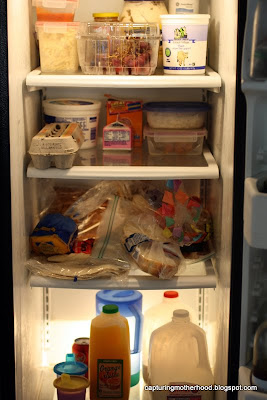 i have just reorganized my fridge for the sixth time in the last month. the big issue for me always is where to put the milk, because we are big milk drinkers. i think i have found the winning combination, but that’s usually how i feel when i’m done. i know you’re all dying to know how it turns out, so i’ll keep you updated. 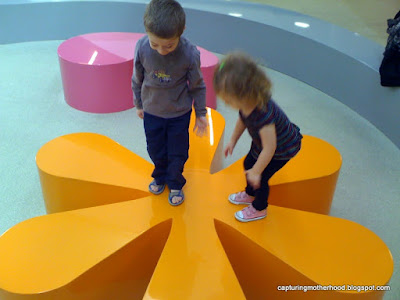 a couple of days ago, we visited a mall nearby that had recently been redone. we had such a marvelous time climbing (myself included) on all of this fun art. i think that’s what you would call these things. 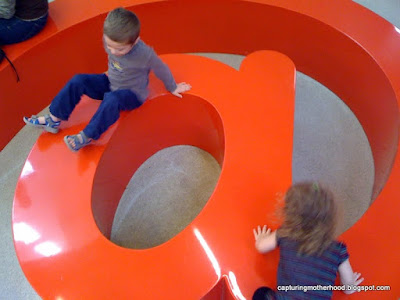 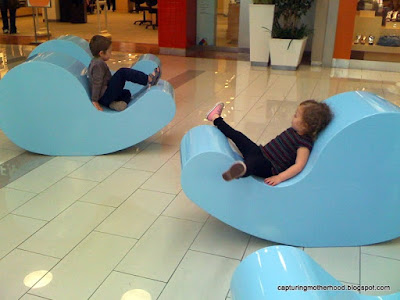 it was nice to have a little rest before we finished shopping.

i said to D, “remember when you were little and we’d read this book and you’d say
‘will you go to the moon with me, mommy?'”
in which K responded, “and you’d say NO!”
maybe i have been saying no a lot lately.
but, i would definitely not say no to going to the moon.
i promise you that.

but now, now i feel as if i’m finally headed in the right direction. as i mentioned a week ago, it is time for me to get back in shape from having L. yes, i have only been at it for two days but that means that it has been two whole days of discipline. and it feels so good. doesn’t obedience always feel great? you know it and i know it. but why do i so easily forget that?
it’s plain and simple:
i am weak.
we all are weak.
i feel so motivated to be self-disciplined not just in relation to working out but about so many other things as well.
but now, thanks to the wii we got for Christmas, i am getting strong. and do you want to know something really sad?
my arms are sore.
so sore.
from doing the rhythm parade.
now, that is pathetic.
just be sure to check in with me in a week to see how i feel then

She watches over the affairs of her household
and does not eat the bread of idleness.
Proverbs 31:27

One Response to that darn fridge.