On February 27, 2010
B loves ice blendeds from coffee bean. he hates coffee in all other forms but loves that drink. this morning, he allowed me to make some tea for him. i carefully chose the most flavorful bag i had, (good earth original – my favorite!) knowing that this would either only happen this one time or that i might successfully convert him. i added some cream and a bunch of sugar. shockingly, he said that he liked it. it’s been all day and i still can’t believe it. but, i wouldn’t be at all surprised if he got himself an ice blended tomorrow. 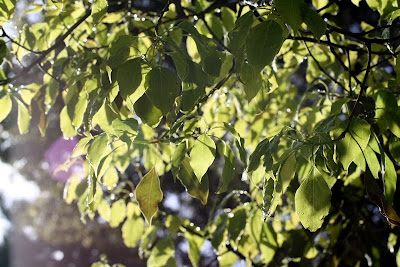 while the kids were eating breakfast this morning i ran out the front door, went across the street and captured the sun peeking out and glimmering on these rain drenched leaves. to my surprise, nobody was crying when i came back 90 seconds later. might have been a new record. 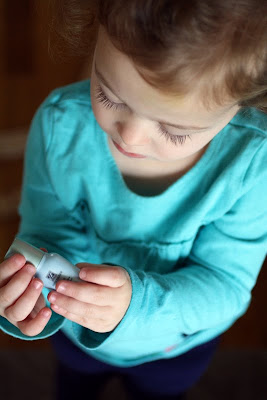 i found some old make up and brushes and let K go wild with it. she put them all in her purse and wouldn’t let D use any because “it’s for just girls.” 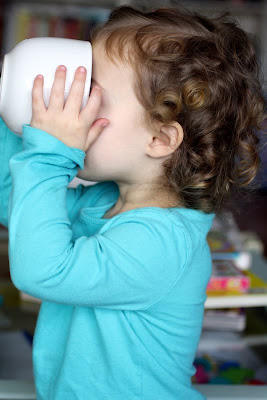 here she is trying to get a drop of my empty apple cider mug. her hair was especially curly today. every time i looked at it it reminded me of an old lady who slept in curlers. her hair does go half-way down her back, but you’d never know it because it completely coils up. 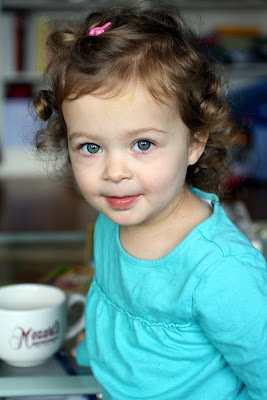 my little dolly babe. when i was helping her change from her jammies into her clothes this morning, i saw that her jammies were a size three and i thought to myself, how great that she can wear her age. (D is just wearing his age for the first time… ever.) but then hours later, i realized that she is only two, not three and that she isn’t in fact wearing her age but she is wearing a size bigger than her age. i must be really tired if i’m forgetting how old she is. 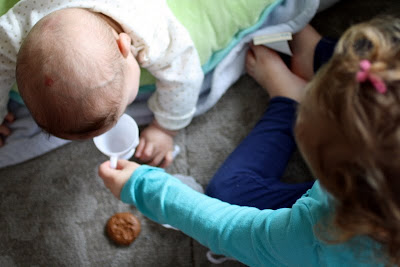 sharing tea from our tea party.

in our house, we try to avoid listening to children’s music as much as possible. instead, we listen to soundtracks like mary poppins or the incredible sound of music. children’s music, especially when its sung by children, puts me in an instant bad mood. i especially can’t stand american kids faking british accents. anyone else feel this same way? this book has the best chapter title: “children’s music, why?” but i think i finally came to the revelation as to why i hate it so very much: it sounds like even more children are in my house. like we need more noise around here. 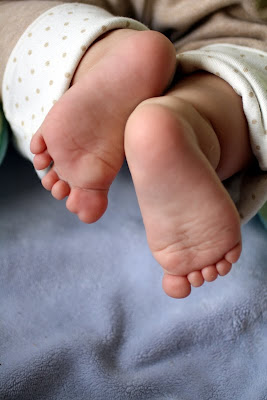 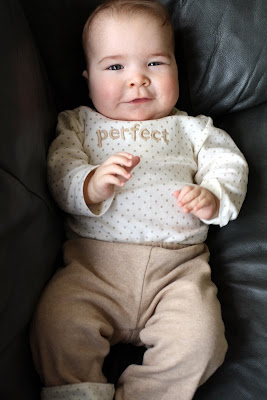 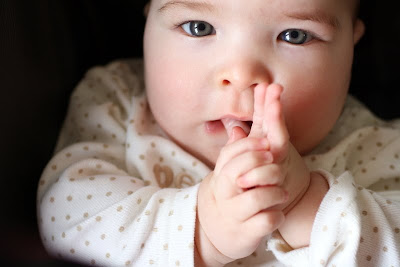 the sign for water. i’m pretty sure that he’s signing that on purpose… not positive yet though. 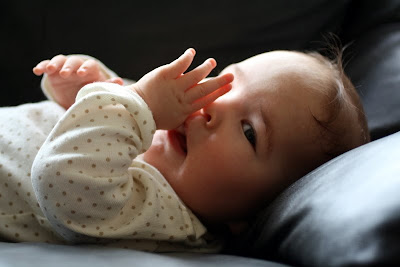 no matter how hard i try, i can never hide from him. even at dinner tonight, he was not satisfied by sitting in B’s lap and looking directly across the table at me. he had to be in my lap. what a momma’s boy. i do love every moment. 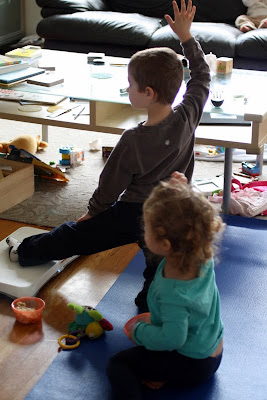 D and K doing wii yoga.
D was surprisingly very accurate. K on the other hand was too busy eating D’s popcorn.

B took the big kids out on a few errands before dinner. L was soundly sleeping and so i did something crazy. i did the the unimaginable…
i took a bath.
it was simply wonderful.
it was even sweeter knowing that there were a billion other things i probably should have been doing. i don’t regret it for one minute.